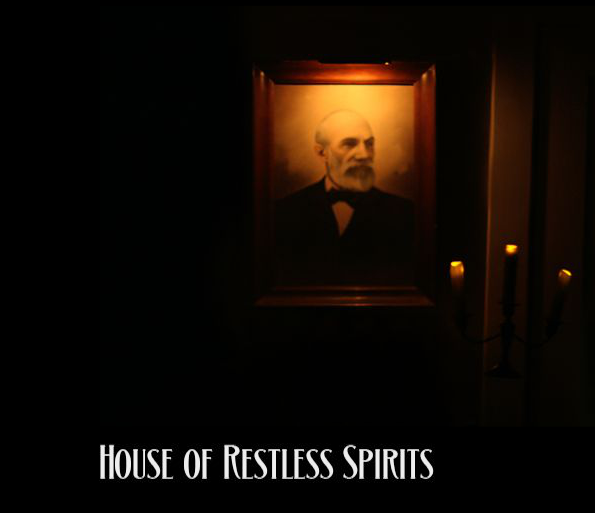 Just in time for Halloween, check out some of the most haunted spots in Los Angeles. If you dare:

House of Restless Spirits
This house was once owned by a sea merchant who buried friends and family in the backyard because of a deadly influenza outbreak. Hollywood’s special-effects artists transforms this private home that brings its haunted past to life. It’s free to roam the property, but plan on arriving at least an hour before you gain entry to the sinister spot. 1008 Euclid St., Santa Monica

Los Angeles Haunted Hayride
Head to the Old Zoo side of Griffith Park and get ready for a scary good time. The story behind this spot goes back to Halloween in 1976, where two lovers were sent to their graves by a falling tree while picnicking off of Mount Hollywood Drive. People have claimed to see the pair near the spot, and other people have had “Next time you die” etched in their car window. Other visions in the State Park are Dona Petronilla, a woman who placed a curse on the entire property after not being willed the property by her family, and Peg Entwistle, who committed suicide from atop the H of the Hollywood sign. Try to make it through this night tour without seeing an visions. Dare you. 4730 Crystal Ave.; 310.993.8289

The Blumhouse of Horrors
The producers behind Paranormal Activity have taken over the Variety Arts Theater downtown, which has previously been closed for public events. Word is, the site’s possessed after a tragic accident and then closed. Don’t know if the story is true, but definitely go check it out. 940 S Figueroa St.; 323.391.4014

Paramour Mansion
Upon entering this beautiful Canfield-Moreno Estate, you can feel the uneasiness. The estate was built in 1923 by silent-film star Antonio Moreno and his wife, Daisy Canfield Danziger. After a night of partying, Daisy’s car went over the cliffs of Mulholland Drive. There are talks that her death wasn’t an accident and the property is haunted by Ms. Danziger. Many bands have recorded in the home and they have had paranormal experiences. My Chemical Romance’s song “Sleep” was inspired by singer Gerard Way’s feeling of being strangled and unable to wake up, the drummer Bob Bryar has gone on record saying the bathtub would fill itself up with water, and the band Papa Roach remembers the power going out every time they would get to a certain line of a song. 1924 Micheltorena St.

The Forest of Mirrors
The house was once owned by silent-film star Buster Keaton (Houdini’s godson), and the grounds have over 50 trick mirrors and eerie magic. 6124 Lederer Ave., Woodland Hills; 818.932.9491

Suicide Bridge
The myth behind this bridge begins with a construction worker who fell to his death into wet cement during the bridge’s construction. Since 1919, over 50 people have taken their lives here, and the word is, the man’s ghost whispers to visitors urging them to jump. Animals are said to act oddly here, and a leaping lady in white has been seen by visitors. Colorado Street Bridge, Colorado Blvd., Pasadena

Yamashiro
The nighttime security staff  is always changing here because of the night time paranormal episodes like voices, footsteps, and a child’s cry. A former owner is allegedly buried in one of the gardens, and several suicides from the steep location have been reported, as well. 1999 N Sycamore Ave.; 323.456.5125

The Vogue Theatre
The International Society for Paranormal Research once set up its headquarters here and the theatre’s property used to be grounds for a schoolhouse that burnt down and killed 25 children and their teacher in 1901. Six of the kids and three adult ghosts supposedly haunted its halls until the ISPR befriended them, and “freed” their souls upon leaving the space in 2002. 6675 hollywood Blvd.

The Hollywood Roosevelt Hotel
The historic Roosevelt is the most haunted spot in Los Angeles and houses the ghosts of both Montgomery Clift and Marilyn Monroe. Clift can be heard playing the trumpet and reciting lines from his famous film From Here To Eternity in room 928. The reflection of Marilyn Monroe has been seen in a mirror that was once in her suite and relocated in a room on the lower level. 7000 Hollywood Blvd., 323.466.7000

The Queen Mary’s Dark Harbor
In the ’30s, Long Beach’s ship was the high class transport for stars and royalty. When World War II came, it went into battle. Now, it remains docked as a hotel and venue, but with some hauntings to go along with it. Door 13 in the engine room has crushed two men who are said to still haunt the boat. A young woman was murdered in room B340, and can rent that room to this day. Another girl drowned in one of the pools, and visitors have seen ladies in ’30s-style swimsuits at the pools, despite the pools being closed for over 30 years. 1126 Queens Highway; 877.342.0738

The Chateau Marmont
After John Belushi passed away from an overdose in bungalow number 3 at the hotel in ’82, a family moved in. Allegedly, they’d catch their two-year-old chuckling to himself from time to time, and he’d tell his parents that a “funny man” was making him laugh. When the family was going through photos of the Chateau and Belushi’s face showed up, the boy said “There’s the funny man!” 8221 Sunset Blvd.; 323.656.1010

Looking for the perfect Valentine's Day gift for your love? We've got you covered with

Love is in the Air: Romantic Date Ideas for the Perfect Valentine’s Day in Los Angeles

Love is in the air in Los Angeles, and we have everything you need, from