Karen Grill’s Cocktails at The Churchill 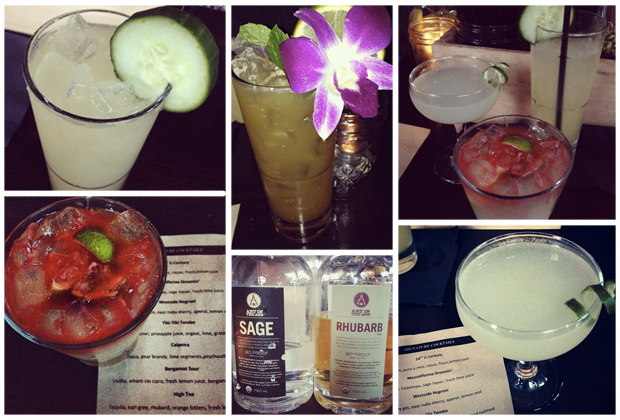 A native Jersey girl, Karen Grill first started working in restaurants when she was 15 and continued to do in Boston, while attending Emerson College. Grill studied history and music, but it was her passion for creating cocktails that really took over. After graduation she moved out to Los Angeles in hopes to turn what she thought once would be a part-time job in the restaurant industry into a career, focusing on mixology and craft beer.

In Los Angeles, Grill joined mixologist Julian Cox’s cocktail program at Rivera. Over the past few years, Grill has been behind the bars of Rivera, Playa, Sotto, Big Bar and Test Kitchen. Last year, Grill joined the team at Bestia, where she helped create several of their cocktails. The collaboration with The Churchill will be her first project where she creates the complete list of cocktails.

She creates cocktails that work with Executive Chef Michael Bryant’s offerings. At The Churchill, she presents cocktails that are refreshing, balanced and exciting. Some of my favorites were the Mezcalifornia Deamin’ with mezcal, Cointreau, sage liqueur, and fresh lime juice; the Tiki-Tiki Tembo with aged rum, cynar, pineapple juice, orgeat, lime, and grated nutmeg; and the Caipeira with Cachaca, pear brandy, lime segments, and peychauda bitters.

Grill was recently named Bombay Sapphire’s ” Most Imaginative Bartender” and is also involved in the world of craft beer, both as a consultant, and home brewer. Grill also sits on the board of the Los Angeles chapter of LUPEC (Ladies United for the Preservation of Endangered Cocktails).