Tam O’Shanter & Stone Brewing Team Up For Big Night Out 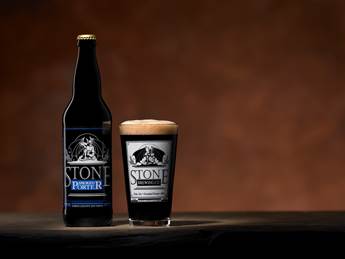 Tam O’Shanter (2980 Los Feliz Blvd., Los Angeles, 90039; 323.664.0228) is hosting a tap takeover with award-winning Stone Brewing Co. this Thursday from 5 pm until midnight. Stone Brewing—which was founded in 1996 in San Marcos, CA and moved to a new, custom-designed facility in Escondido in 2006—is the largest brewery in SoCal, the 17th largest in the country, and was rated as a “world class brewery” by the two largest beer enthusiast websites (RateBeer and BeerAdvocate).

In addition to the featured brews, enjoy some of the Tam’s unique small bites. A Stone Brewing representative also will be on hand to answer questions. Beers available for the event at the Tam will include:

Stone Cali-Belgique Aged in Red Wine Barrels
A complex and surprising combination of unexpected layers of flavors and aroma, providing a deliciously funky overtone to the hoppy brightness fans already know and love as Stone IPA.

2013 Stone Espresso Imperial Russian Stout
Brewed in the authentic, historical style of an imperial Russian stout, but with the addition of several hundred pounds of espresso beans from Ryan Bros. Coffee, leaving this darkly delicious libation positively brimming with deep, rich espresso flavors that meld beautifully with the roasty bitterness of the dark malts.

Stone Ruination IPA
Massive hop monster with an extra-large helping of malt and a vibrant blast of citrusy bitterness.

Stone Levitation Ale
A deep amber brew with a rich maltiness, big hoppy character, citrus overtones, and an impressively modest alcohol content for a beer with tons of flavor packed into it.

What is Melanin? Melanin is a large group of molecules responsible for our hair, eye,