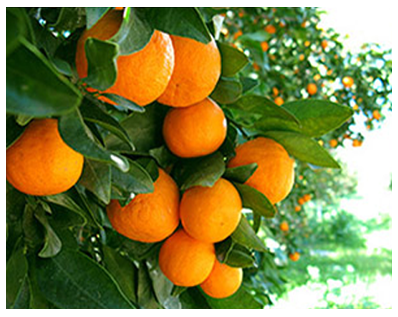 This April, Ojai celebrates Pixie Tangerine Month with events dedicated to the sweet and seedless tangerine that is unique to the Ojai Valley. Native to the Central California Coast, Pixie Tangerines have existed since the 1920’s and were originally bred out of a tangerine called the Kincy. It wasn’t until the 1960’s that the Ojai Pixie Growers discovered that the temperate, Mediterranean climate of the Ojai Valley was the ideal place to grow these tiny tangerines. Today, there are over 25,000 Pixie trees in Ojai tended by more than 40 tangerine growers. Here are some festivities to join in to celebrate these little fruits:

The Oaks at Ojai has a five-night Pixie Lodging Package will include an exclusive Pixie seasonal scrub as a complimentary spa treatment, Pixie Pedicure available throughout April, Pixie green cleansing drink at the spa, and the restaurant will feature Pixie inspired dishes throughout the month.

Feast Bistro will feature a warm feta, Pixie and kalamata olive spread, and a mozzarella flatbread with Ojai Pixies and caramelized onion throughout April.

The Perfect Pixie Martini available at Maravilla throughout April.

Suzanne’s Cuisine will have Pixie-infused menu that will include four salad dishes, four entrees and four desserts. Highlights include the Pork Tenderloin with Pixie red curry sauce, and the Carrot Cake with Pixie cream cheese frosting. Also, sip on the Pixie Cosmopolitan throughout April.

Zhena’s Tea will offer teas featuring Pixies will be offered throughout April.

Cloud Climber Jeep Tours will have a sightseeing adventure that celebrates Pixies with tours of the famous Ojai citrus groves.

Mob Shop Pixie Tour will offer a special biking package including a tour of citrus groves throughout Ojai.

OVA Arts, on April 18th, they will feature orange jewelry, Pixie photography and Pixie tastings. Also, look for  their “Orange Pixie Tag” event throughout April for an additional 10% discount on all orange art.

Just 90 minutes north of Los Angeles and only 12 miles inland from Ventura, Ojai is located off the 101 freeway, a few miles up Highway 33.