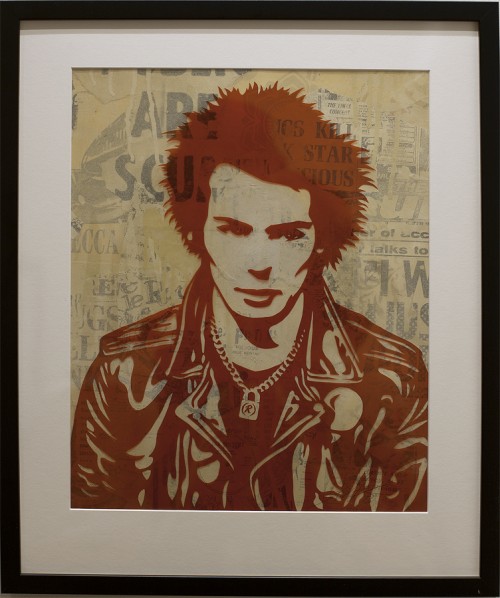 Born John Simon Ritchie, Vicious’ time with the Sex Pistols was as brief, chaotic, and legendary. Since his death in early 1979 at the age of 21, Sid has been immortalized as a punk rock icon in numerous recordings, films, T-shirts, action figures etc. SID: Superman Is Dead is possibly the ultimate of these tributes. The main focus is a recreation of a hotel room trashed by Sid in a fit of intoxication, rage and depression during the S.P.O.T.S. (Sex Pistols On Tour Secretly) tour of 1977, during which the Pistols were forced to play every date under pseudonyms to avoid cancellation.

The SID: Superman Is Dead opening reception is this Friday and will feature a live musical homage to Sid by the band, Ritchie Love. The band is made up of of Sex Pistols guitarist, co-founder and Vicious bandmate Steve Jones; Generation X co-founder Billy Idol; Bow Wow Wow co-founder and early Adam & The Ants guitarist Leigh Gorman; and Blondie co-founder and erstwhile Ramones and Iggy Pop drummer Clem Burke.

SID: Superman Is Dead will be on view through January 11.