Muddy Leek Celebrates 1st Year with Spirits for a Spirit! 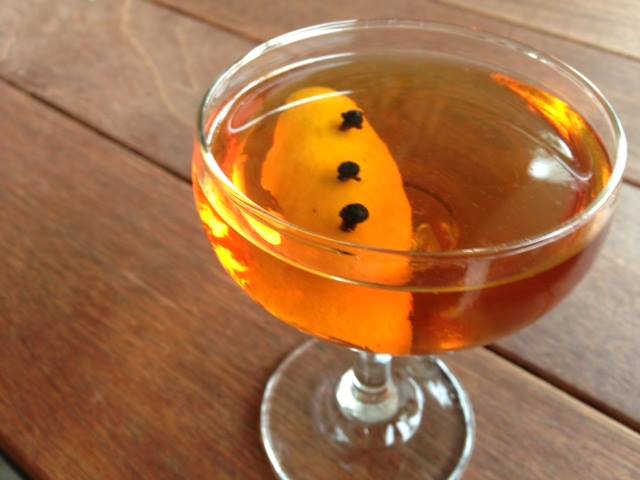 Culver City’s farm-to-table restaurant Muddy Leek (8631 Washington Blvd., Culver City, CA  90230; 310.838.2281), founded by husband and wife team Julie Retzlaff and Chef Whitney Flood are celebrating their 1st anniversary! This is a pretty big deal, beacause up until Muddy Leek’, the location had been “cursed” with numerous closures of restaurants prior to Retzlaff and Chef Flood moving in.

After they moved in, funny things started happening. There were little setbacks where something would get fixed, and something else would inexplicably break. Then, they would call someone in to fix something, and when they showed up, nothing would be wrong. The mirror in the men’s bathroom fell and shattered, things would go missing and turn up somewhere else, and there would be sounds and movement upstairs when there was nobody up there.

A member of the wait staff wasn’t taking any chances and began salting the corners of the restaurant, an exercise that’s suppose to clear old, stagnant and heavy energy. Retzlaff then followed by burning sage to help with the clearing. As a joke, they started opening a bottle of wine and leaving it on the top of the bar in the corner, as an offering to the spirit. It was the wine that eventually worked. All the problems were fixed!

So, as a way to say thank you for their year, through Saturday, you will be gifted with a “Chefs Choice” complimentary appetizer. Just say “Happy Anniversary!” to Chef Flood or any of the Muddy Leek staff and it’s on the house. Also, in honor of the ghost that may have been visiting the restaurant in their early days, Beverage Director Sarah Kay Godot is offering a special cocktail all week called The Phantom (tequila, sage and orange liqueur topped with a salt rim and candied sage) for $8!

Additionally, Retzlaff and Chef Flood have also been working with city council to resurrect the Art Walk, partnering with LACMA on new projects, teaming up with local art galleries to host special dining events, and they will be doing charity work with the Kirk Douglas Theater in the New Year. They are also welcoming local artists’ work onto the walls of the restaurant.